Santa is usually known to be a wholesome, jolly, honorable man that comes with joy to billions once a year, but what happens when Santa gets a little holiday sludge in his system with too much spirit in it? Of course he would like to do the twerk the night away. This dancing and twerking Santa Claus figurine shows us just that.

This Twerking Santa figurine is perfect for your Christmas decorations this year. To start him, push the button given on his right hand and he will immediately start dancing and twerking and bouncing his extra-thick booty bobbing. A club type song will begin playing from an internal fitted speakers which will force everyone around him twerking as well.

The twerking Santa will shake a leg for 20 seconds once the button on his hand is pressed. This Electric Twerking Santa Claus toy is specifically made of flannel and plastic which is comfortable to use and beautiful. 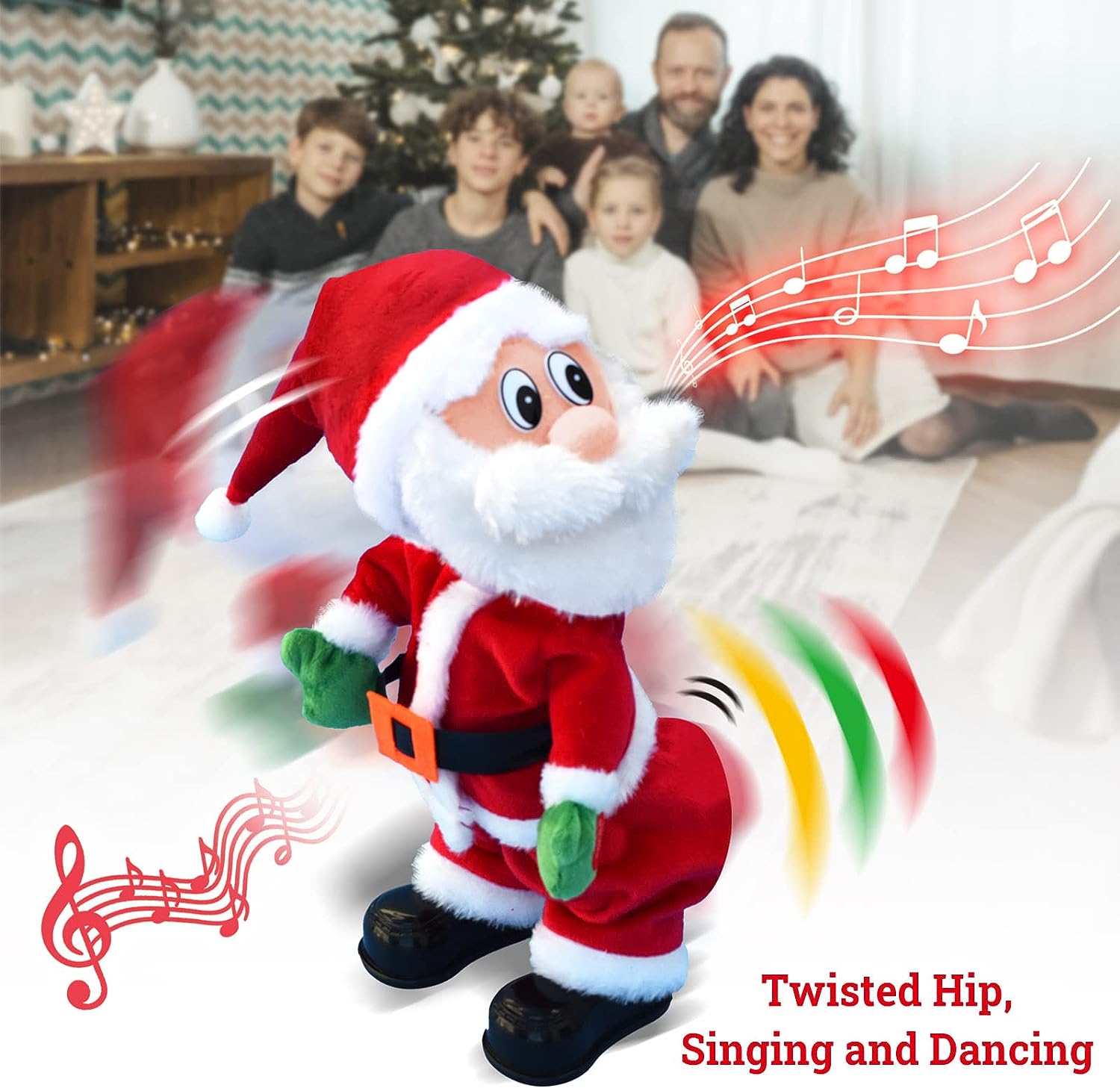 This electric Santa Claus toy can twist its hip, sing and wiggle his hip. It does play music, great to bring a Christmas happy time. It can be a best gift of christmas for anyone. That is really funny. There’s a few different versions of the Twerking Santa. Some are larger, and some dance for longer. There’s also versions that play a Spanish or English dancing song. 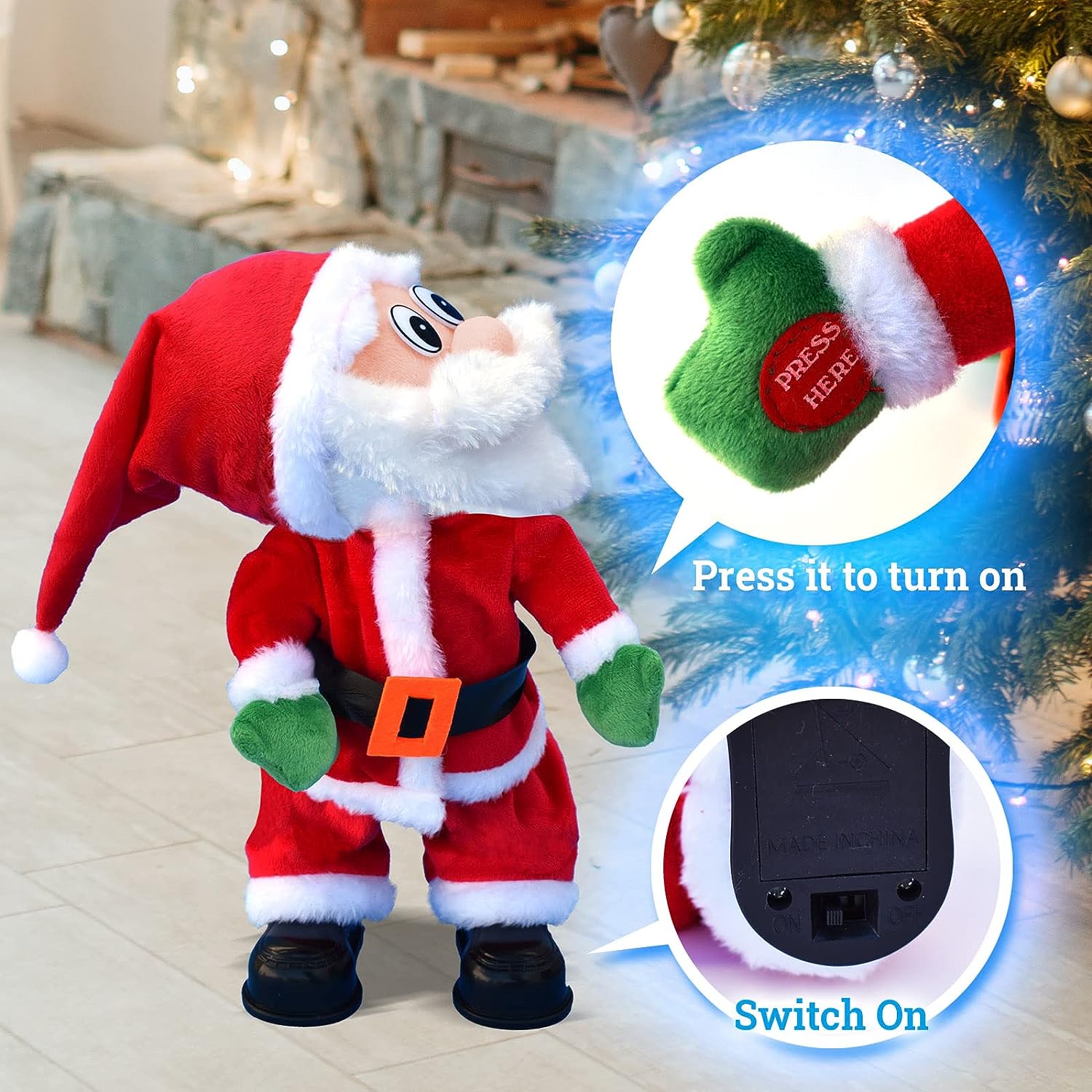 The English version of the Twerking Santa robot plays the song Baby Got Back by Sir Mix-a-Lot! 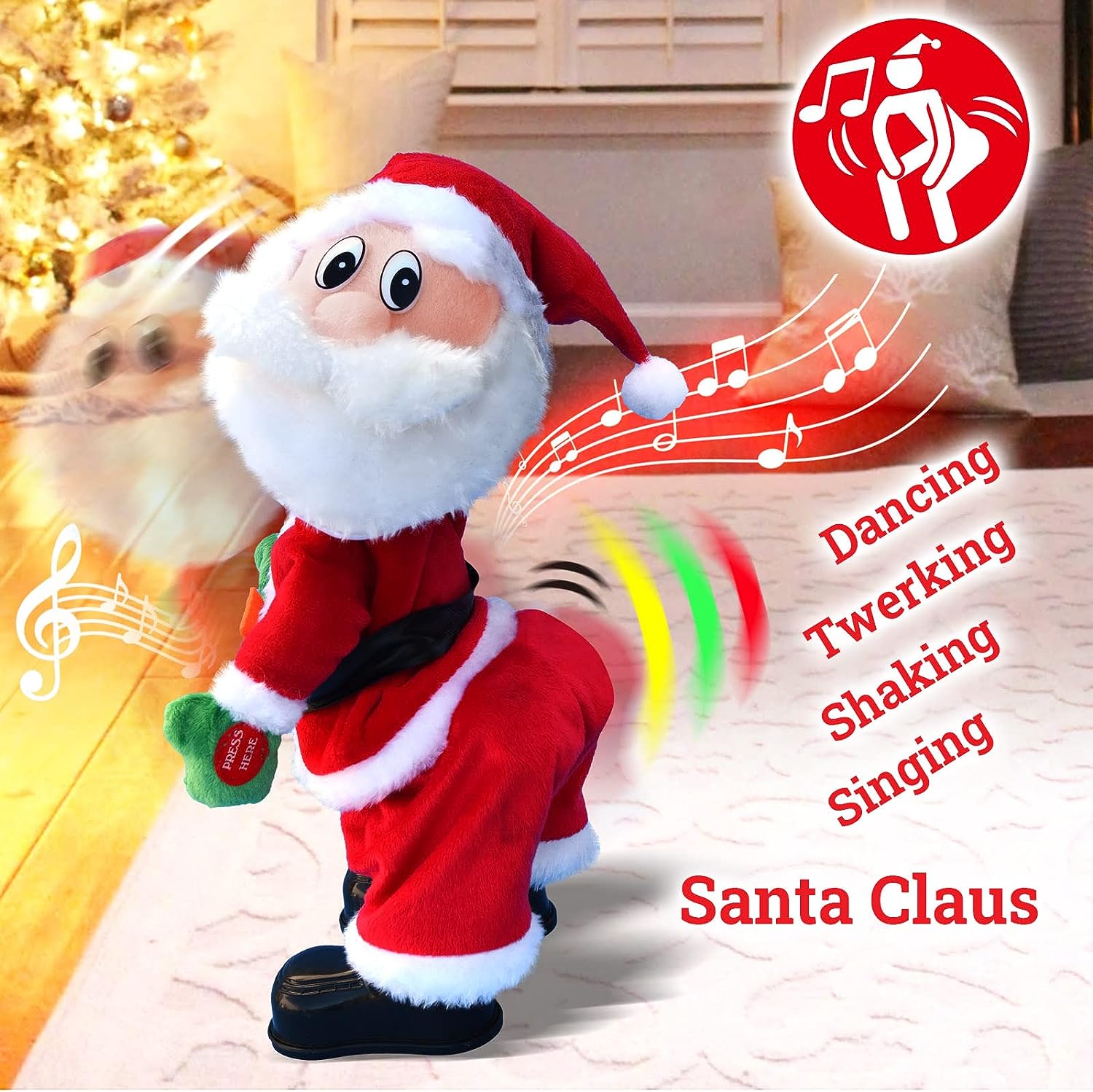 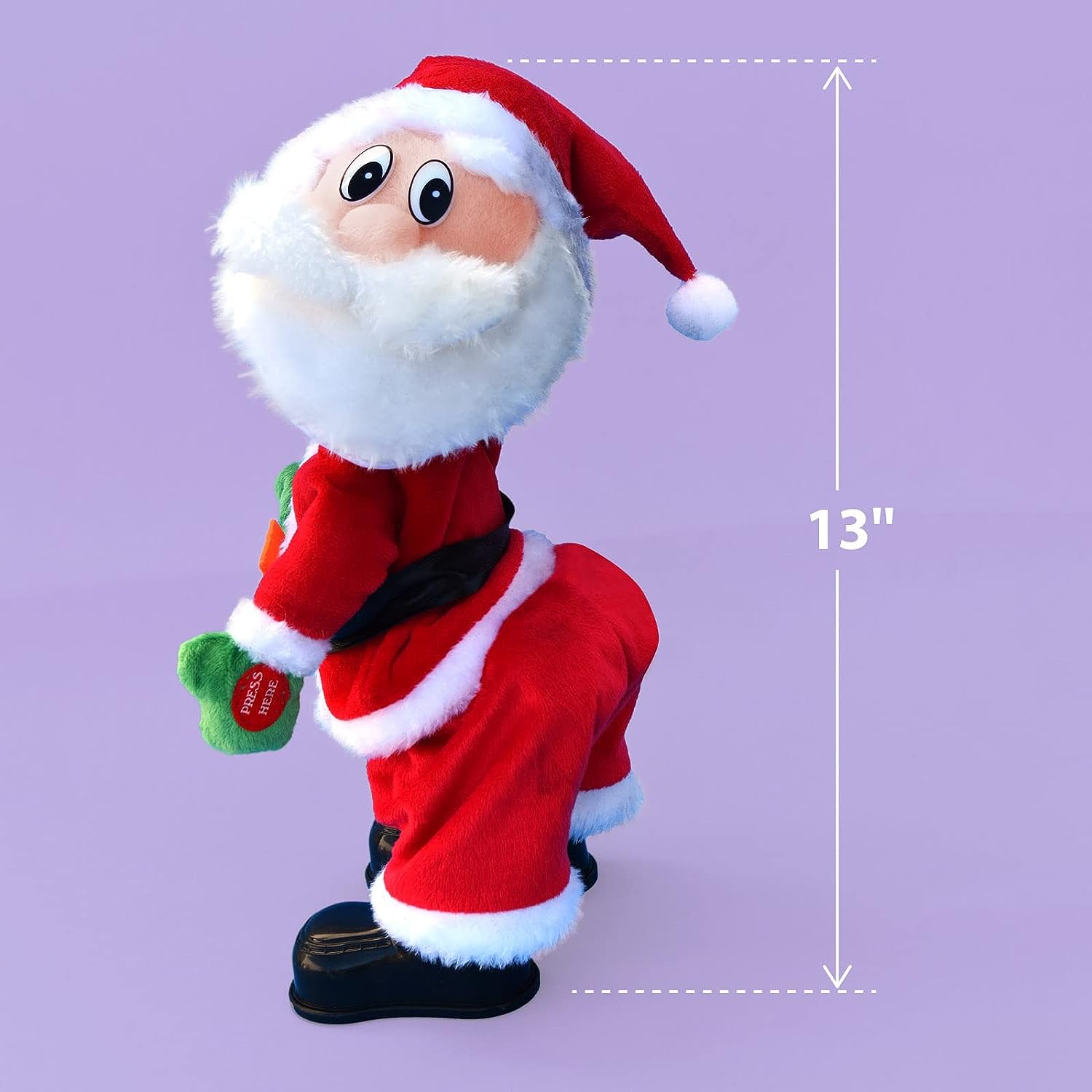 There’s another version of the twerking Santa that’s made to look more life-like rather than cartoonish. This version also spins around rather than stays stationary. 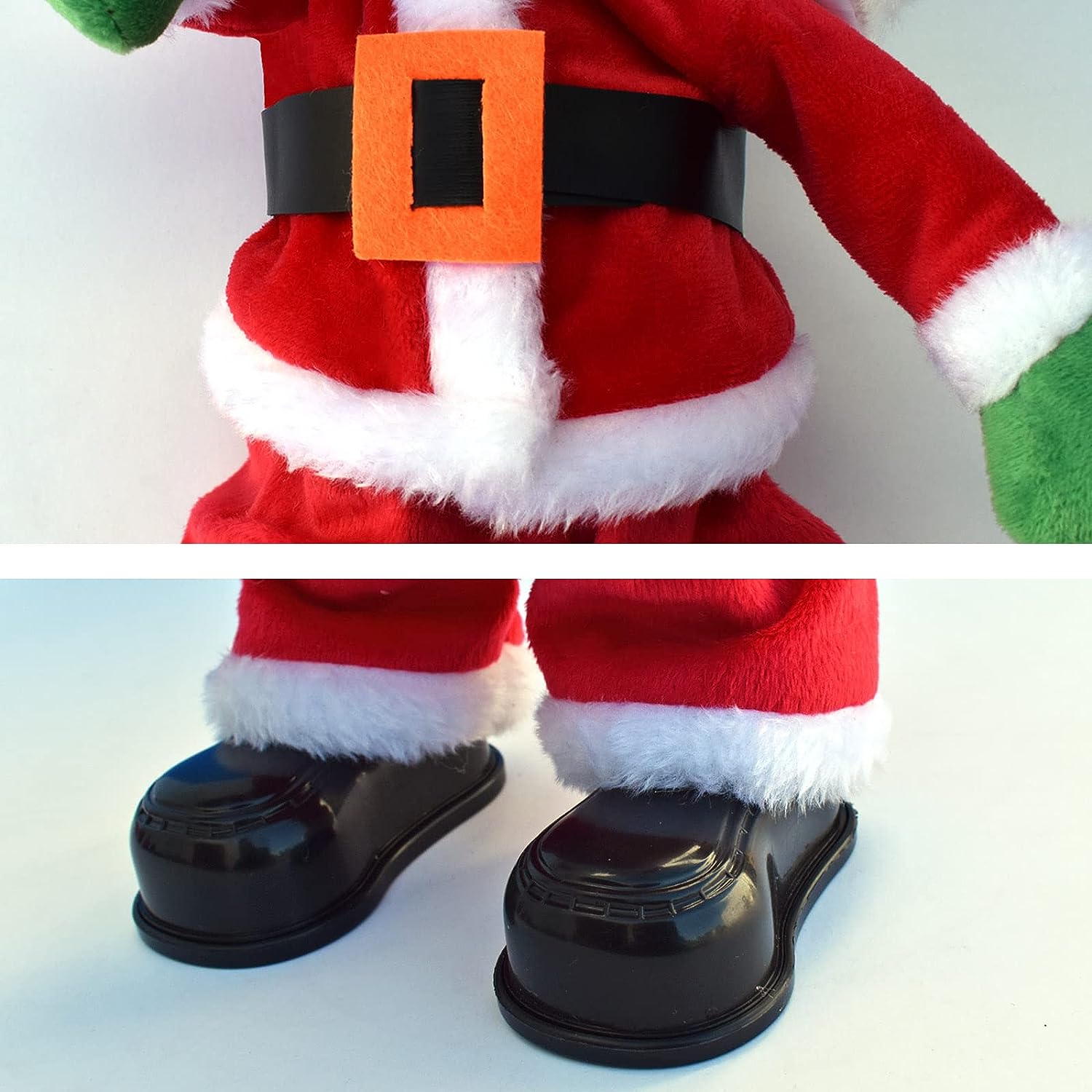